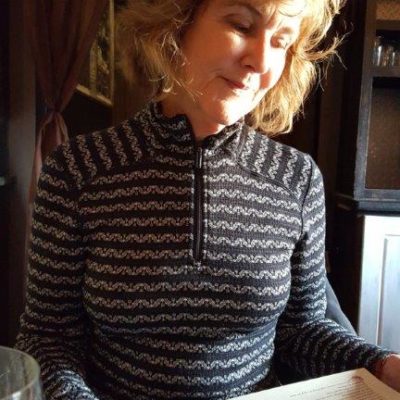 The orthopedic bench has been placed in the shower for Cameron’s arrival — his first venture away from the hospital and first visit home since deploying to Afghanistan. The sight of this ADA compliant, barrier-free white bench — and what it signifies—startles me every time I walk by.

With three months’ as his caregiver on the orthopedic ward at Walter Reed Hospital — seeing the severely wounded with missing body parts, savage scarring and ferocious-looking equipment shoring up their bodies — I’ve adjusted “normal”. Sitting across the table from my new friends who may have gruesome injuries has become literally unremarkable. But no less devastating to consider.

Outside the hospital gates, the injuries are more prominent. The number of strangers who have kissed, hugged or touched Cameron in his wheelchair is stunning – as if people want to connect because he’s a wounded soldier. The day I was wrangling wheelchair and son through the Smithsonian’s doors an unknown man — initially offering a hug — planted kisses on his head instead. Surprised, Cameron managed eye-contact and a nod, with all the warmth of a rattlesnake on a bad day: civil but poisonous, given that he’s still on high alert from recent combat.

In Cameron’s hometown both a New Englander offering anyone a hug is rare and seeing anyone with missing limbs or a mangled body even more unusual. Thus, the sight of this ADA bench in my bathroom yanks like a seatbelt in a rear-ended car. And after he’s been home a week, the morning I see Cameron crawling on hands and knees up the hallway from his bedroom – the same hall where I’d taught my toddler to walk not long ago – sends me right back to my Kleenex box all over again.

“It’s not growing back, Mom” he counsels

“Getting over it” – “it” being pain and disability for the rest of his life — is not a straight-line continuum for me. Not so Cameron, a literalist, black-and-white thinker. Unlike my “still processing it!” with endless “How did this happen?” and “Will I be able to fix this?” renditions, Cameron’s not rehashing his awful day. No longer furious at the Afghan soldier who triggered the disaster by disobeying his orders, Cameron is mostly accepting of his new life. And when I’m heading towards another emotional swamp, he’ll quote a version of the words the Army’s infantry marches to: “Yesterday I had a leg, today I don’t. Drive on.”

In the couple weeks he’s sleeping in his own bed again, the “child” is once again schooling the parent: it doesn’t bother him to crawl. Relieved to be soon free of the much-despised wheelchair, Cameron is making plans: he’ll bicycle soon, and his prosthetist is making a specialized leg for kayaking. And he enjoys the kids who shyly approach the Metal Leg Man with questions, happy to demonstrate cool features that elicit “wow!”

Sure, yesterday he “had a bad day at the office”. Today he’s looking for anything that will drive him forward to his own “new normal.” I need to drive on too.